In Venice, in the presence of the Italian, Croatian and Slovenian Ministers of Infrastructure and the European Commissioner for Transport, member ports of NAPA (North Adriatic Ports Association) signed a joint declaration on common policies and actions to promote environmental sustainability, digitalisation and connectivity for increasingly smart and green ports.

A Joint Declaration was signed this morning by the ports of the North Adriatic Ports Association (NAPA) – namely the Ports of Venice and Chioggia, Trieste and Monfalcone, Ravenna, Koper and Rijeka: NAPA ports have undertaken to promote and strengthen the trilateral cooperation between Italy, Croatia and Slovenia which was relaunched in December 2020 and consolidated in April 2021.

The agreement is the result of talks between the NAPA ports facilitated by the North Adriatic Sea Port Authority during its term of presidency, which has been extended to 2022. Backed by Italy’s Ministry of Infrastructure and Sustainable Mobility in cooperation with the corresponding Ministries of Croatia and Slovenia, the agreement is aimed at implementing the commitments made by the Foreign Ministers of the three countries in the areas of concern of the North Adriatic ports, namely green and smart port policies and connections to the TEN-T networks.

With reference to environmental sustainability and energy efficiency, in keeping with the objectives set by the European Green Deal and the “FIT for 55” legislative package recently approved by the European Commission, the NAPA ports jointly declared their commitment to permanent cross-border cooperation for the purpose of reducing the environmental impacts of port operations in the Northern Adriatic region, building on the best practices identified by the ongoing cooperation projects co-funded by the European Union – such as the CLEAN BERTH and SUSPORT projects (Italy-Slovenia and Italy-Croatia Interreg programme) and the EALING project (Connecting Europe Facility) – as well as by prior common pilot actions launched by the ports. The latter include the implementation of measures and interventions to increase the efficiency of port operations, the installation of systems for the use of alternative energy sources and for monitoring noise levels, air and water quality in ports, as well as pre-investment studies for the electrification of quays.

In addition to being major transport players at local, national and European level, NAPA ports also serve as main nodes in the Baltic-Adriatic and Mediterranean corridors – which are two priority corridors of the European TEN-T network – and in the Motorways of the Sea of the Eastern Mediterranean. By signing the Joint Declaration , NAPA ports have undertaken to optimise and harmonise logistics and transport procedures on the sea and land through the use of digital technologies. The aim is to streamline last-mile port procedures while speeding up ship entry and exit procedures, and to apply integrated technological tools for providing information that can improve the safety of maritime transport operations. NAPA ports are already working on all of that in the framework of European projects INTESA, PROMARES (Interreg Italy-Croatia programme) and COMODALCE (Interreg Central Europe programme).
On the theme of ‘connectivity’, the Joint Declaration underlines the importance of developing strategic projects to better integrate NAPA ports in the TEN-T network, in particular by strengthening last-mile rail connections. That is also the aim of the recently approved ACCESS2NAPA project, co-financed by the Connecting Europe Facility, which envisages actions to improve the maritime and rail accessibility of the ports.

Finally, in order to support the trilateral cooperation, the Joint Declaration sets three priorities for the five North Adriatic ports: to complete the missing links and to favour the integration in the TEN-T network, to extend the TEN-T and MOS to non-EU countries and to include rail freight transport and the maritime dimension in the European Territorial Cooperation Programmes 2021-2027, in particular in the Central Europe, Adriatic-Ionian, Italy-Slovenia and Italy-Croatia Interreg programmes. 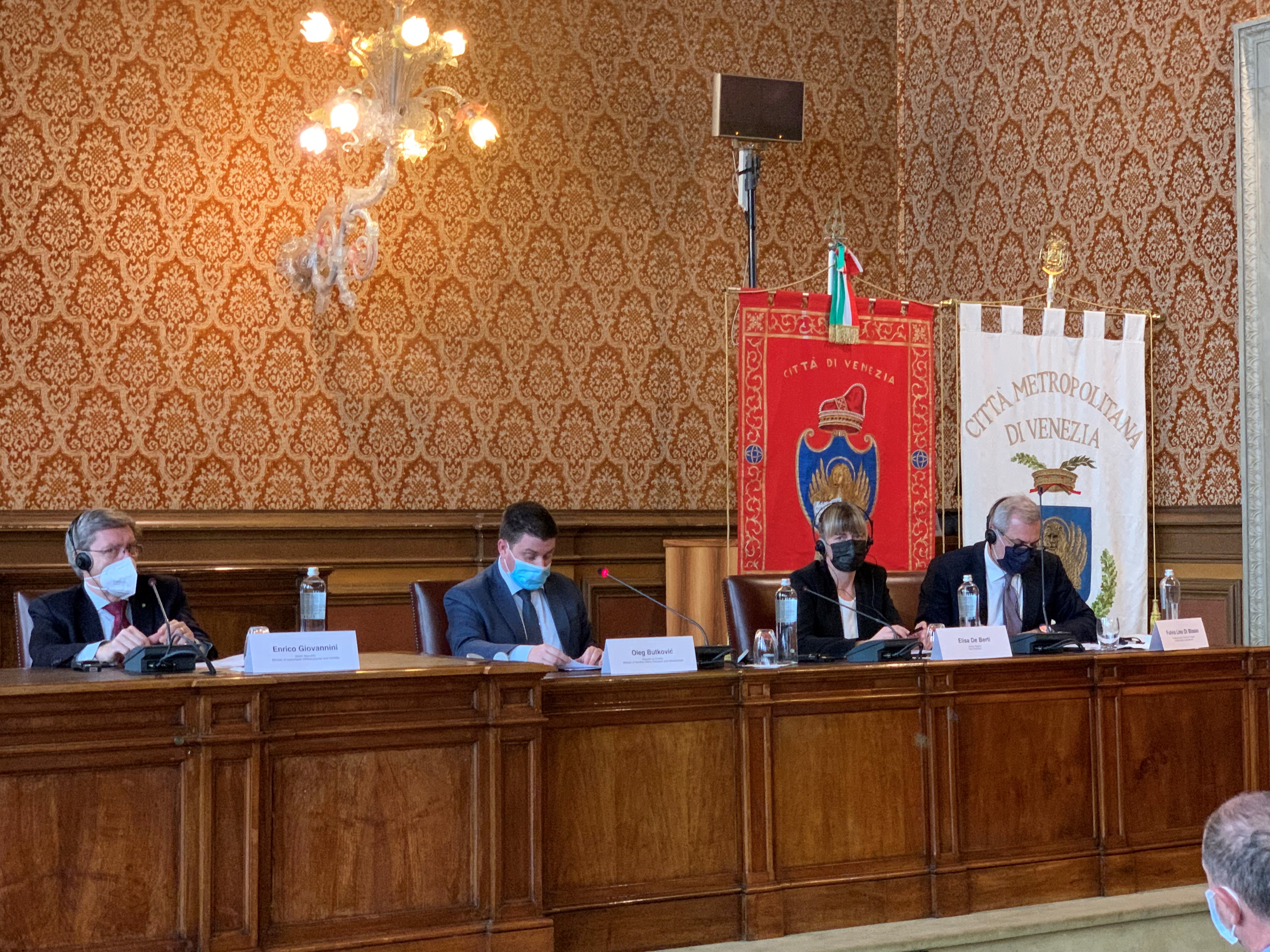 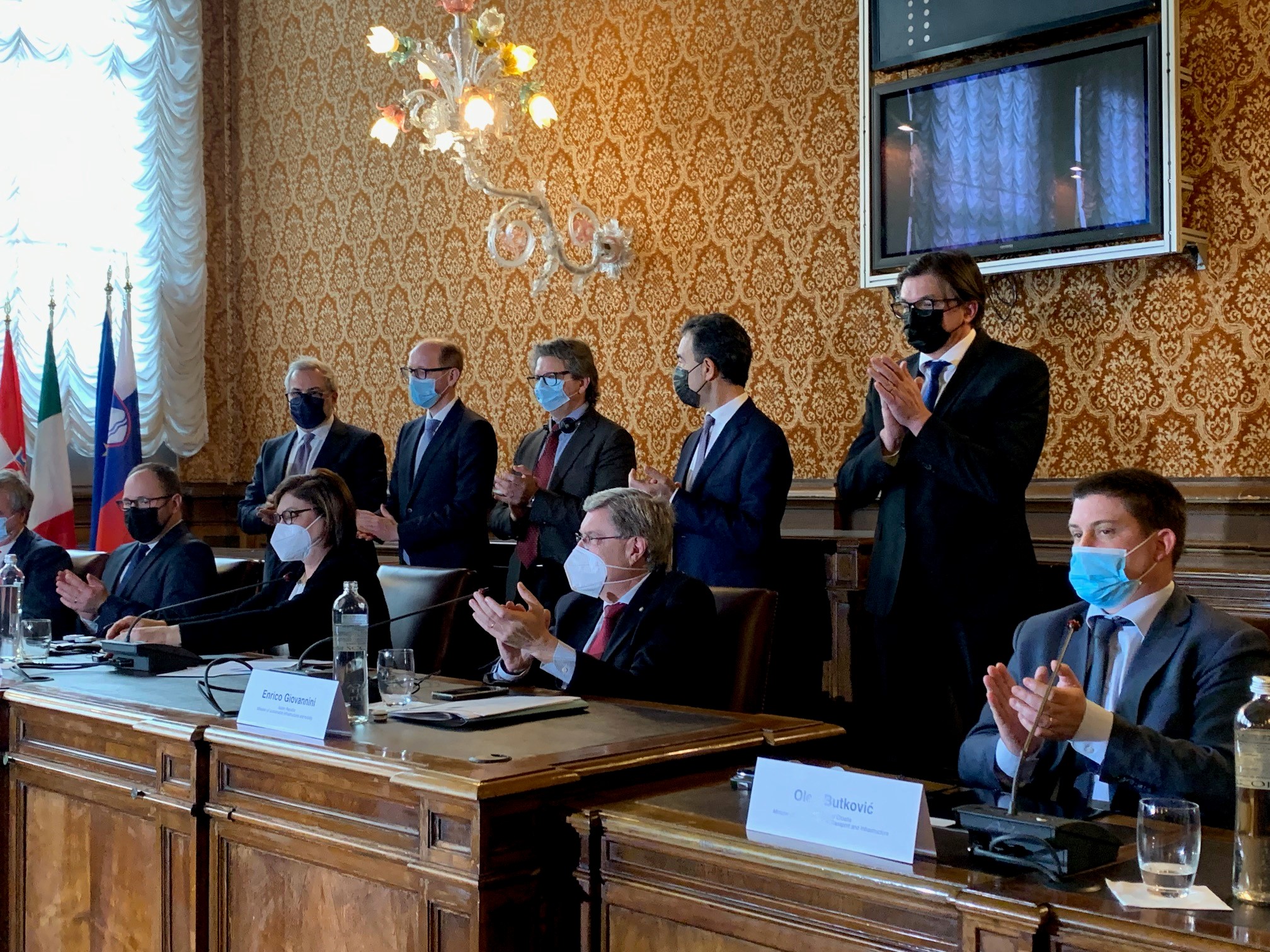 SUSPORT: Purchase of an electric vehicle

Port of Rijeka Authority has purchased an electric vehicle from the SUSPORT project fun...