Minister of Tourism, Gari Cappelli on Saturday saw off at the Rijeka Port six cruise ships with around 100 passengers, the first cruise ships to leave the port this year. Cappelli said the guests were mainly from Germany and two charter groups from Austria, their journey would last a week and they would visit islands in the Kvarner archipelago. The minister said that the situation with the boating tourism in Croatia this year was very good compared to the situation in rival countries. Putting more precisely, he said that there were 20 top vessels in the world and that this summer as many as 10 would visit Croatia. Arrivals by ships and mega yachts with more than 20 metres in length will drop this year by 20-30% while in the rival countries such as Spain, France or Greece, the drop will be 80-90%, said Cappelli. Small cruise ships and mega yachts are evidently moving to Croatia, he said, adding that this had been made possible by a number of decisions, including a recent 20% reduction of the tourist tax, as well as by Croatia’s safety as a tourist destination. He said that currently more than 160,000 tourists were staying in the country and that 30,000 were arriving on a daily basis.

The Executive director of the Port of Rijeka Authority, Denis Vukorepa, said that they receive new inquiries every day about yacht berths in the port of Rijeka.” We are increasing the number of berths, we have removed the pontoon for the former seaplane line, and we are also arranging moorings there, stated Vukorepa. “This year, a significant increase in cruiser berths was expected. There were 40 arrivals in the announcement, which is 50 percent more than the year before. We also procured cruiser berth pontoons to get enough sea depth. But we believe next season will be as good as the announcements for this one were, he said. He pointed out that a tender is being prepared for the construction of a new terminal on the sea side of the Molo longo breakwater, worth about 30m euros. An economic feasibility study is also being prepared for the tender for the concession of the Porto Baroš marina. We receive inquiries for this concession every week and it is obvious that there is a lot of interest. We intend to merge the berths on Putnička obala and Porto Baroš, so that one concessionaire manages the entire area, Vukorepa said.

Dragica Sladovljev, head of service in Croatia for ID Riva Tours, explained that these were the first departures that had been prepared for three months, and passengers, respecting epidemiological measures, had the opportunity to stay outdoors, swim in clean bays, having a permanent crew at their disposal, and in that sense  this type of tourism was regarded as one of the safest. She also presented boats that offer comfort with five stars, among others, MS Alpha, MS Adria and Ms Albatros. 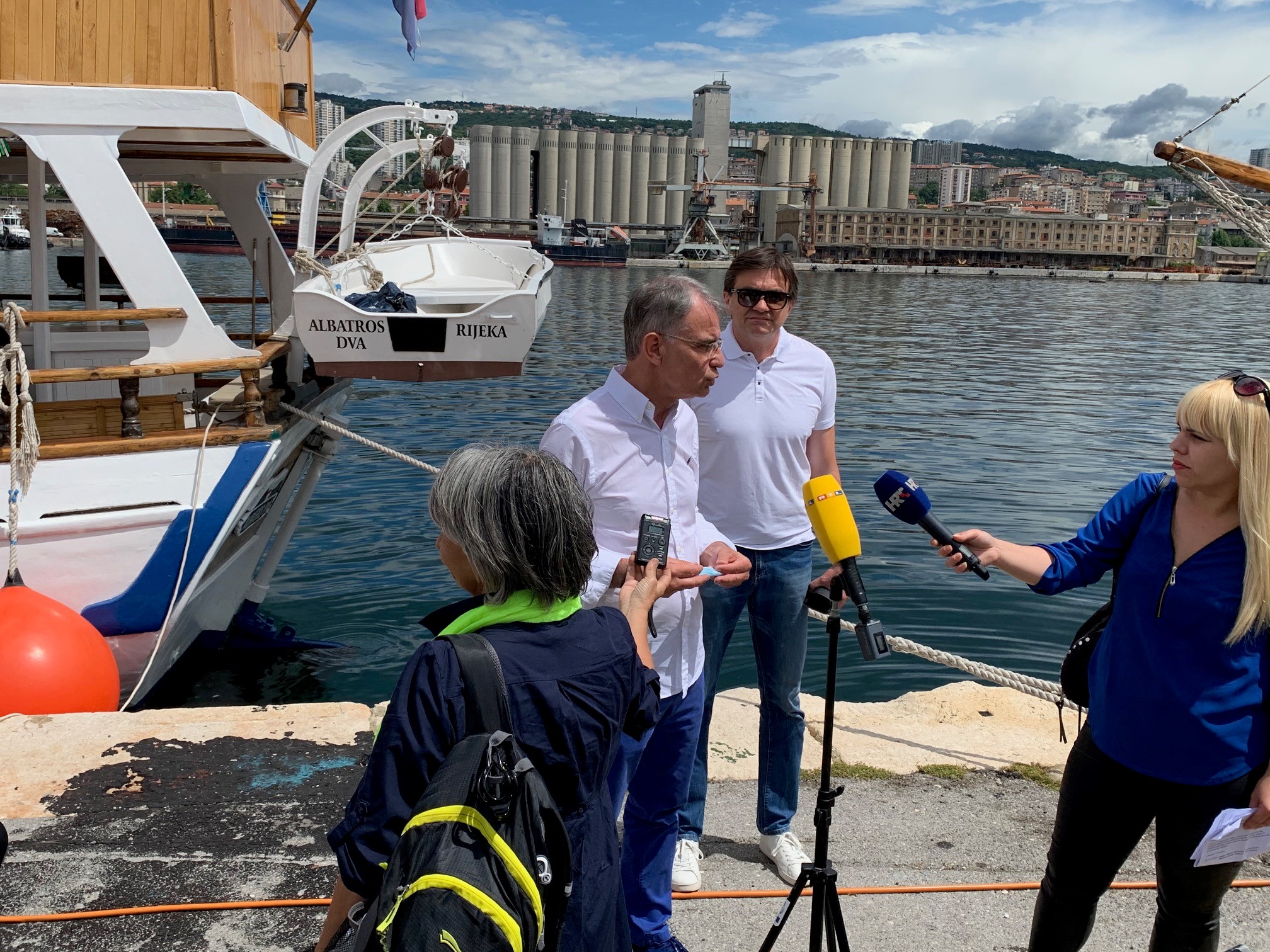 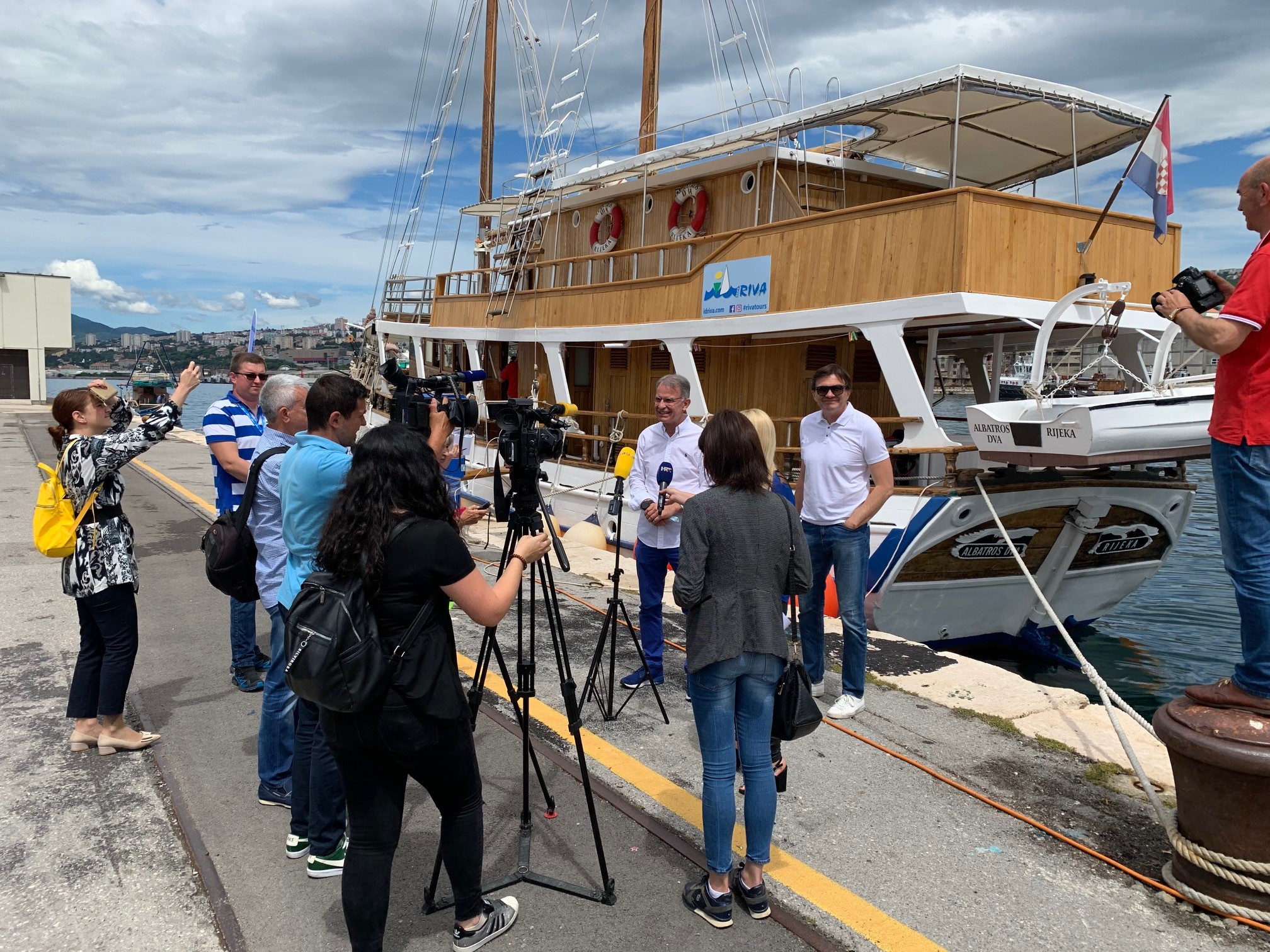 The most luxurious expedition ship in the port of Rijek...

An increase in interest in Rijeka as a cr...

A working group meeting of the Commission for the Devel...

These days, the largest number of  mega yachts has been...